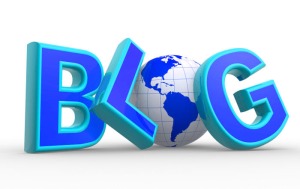 What A U2 Concert Can Teach You About Social Media

Anyone whom has spent time with me knows that I am a huge U2 fan. Not one of those recent fans. I mean from their early days. So when they came to the U.S. for their 360 tour, it was no question that I was going to their concert. To be honest, I saw three of their concerts during this tour.

If you have ever been to a U2 concert, you will attest to what this post is about. It is hard to explain, though, to someone who has never experienced a U2 concert. The anticipation of hearing the band play is one thing, but once the band takes the stage, something in the air changes. The stadium full of 70k+ people becomes a smaller place where we all feel like friends.

How does this relate to Social Media you may ask? It hit me recently while I was creating a Social Media strategy for a client. Social Media’s goal is to have your information (posts) shared- thus increasing your audience and community. This information could be a photo, a video, a news article and much more. However, to whom do you share this information?

This is where the concert experience comes in. A big part of the U2 concert magic is that all 70k+ people are there for two reasons- to hear their music and to experience the energy together. Not only do they want the band’s “message” but they want to experience this with other fans as well as expose new fans to it. When the hits are played, we all sing the songs together.

U2 knows this. They know their audience and what they want. They always deliver exactly what the fans expect and that is why they keep coming back to the concerts. They just don’t want to hear the music. They want to experience this with others.

For Social Media to work well, you must know your audience just as well as U2. Not only do you need to understand their wants, but you must create an atmosphere in which they want to share your message while creating a community online which promotes your brand.

Your Facebook Page’s audience has signed up to hear your message. They have shown up to your concert. If your “songs” are worthy and what they expect, they will want to share them with their friends and others. They are following your page, blog, tweets, etc. for one reason- to get your message. They want to be part of your audience. The final goal is to then get this audience engaged with both your company as well as each other – to sing your “hits” together. They will be so engaged, that they will “sing your songs” to others- thus spreading your posts for you while creating a community for your brand.

To summarize, having an audience that not only WANTS your message but then wants to experience and share this message together with like-minded others is the key to having your “concert” be as lucrative as the U2 tour was for the band. However, for any of this to last as long as U2 has you must first know and understand your audience and deliver everytime.

Leave us your questions Cancel reply